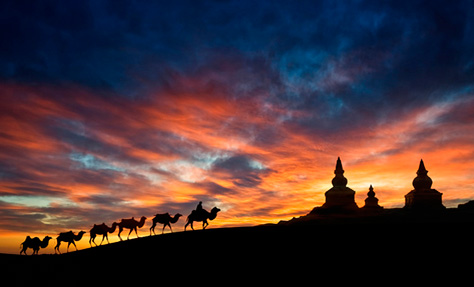 So, you need to know what definitely you want to shoot. A good picture must speak for itself. When possible, in such a way, that a person, who looks at the picture, could address you with a question, for example, ‘And where is such statue (rose, picture) situated?’, and not ‘What is it?’ Cases of deep disappointment because of uninteresting pictures occur. And what one has to do to make it interesting? Here are some recommendations.


Fill up the picture with an object of shooting. Don’t be lazy to come up closer, to move the camera the right-left, up-down, in such a way as to occupy all the space of the frame with what you want to shoot. And when it is possible, you have to take care that there are no unnecessary things in it. Of course, you have to remember the capabilities of your camera regarding the focusing at short distances. So, the simplest camera allows making a sharp picture not closer, than at 2.5 meters.

View finder is not an optic sight! Sometimes one has a feeling from some pictures that a photographer cannot see anything but the object of shooting.

Mere psychology – very many cameras have some frame or cross in the center of a view finder window, which indicates the area, from which the camera’s automatic devices take the data for the focus and exposition. And the person without realizing it, disposes the elements of the composition in such a way so that to place the most important into this frame (cross). How one can fight with this phenomenon? Sly camera producers envisaged preliminary focusing for such occasions. That is, one has to focus the camera where the equipment wants, and to half press the start button. In this case the automatics focus on the subject you need, and will fidget no more. And now one can re-form the picture to your taste, of course, in the limit of common sense, i.e. it is not recommended to have a fixed focus – one needs to remember well about the deepness of clarity. Have you re-formed it? That’s well, now you can press the button to the end. Only now, when the picture was arranged as you need.

Rule of third or everything for three.

Let’s take the space of the picture and divide it. Let’s divide it into three equal parts horizontally and vertically. You need to place an important detail for the subject of the future picture to the point of intersection of dividing lines.

Thus, we have four main focuses (points of lines intersection). By the way, such lines or similar markers are available in view finders of some expensive photo-cameras. It would be timely to ask a question about the choice of the most suitable focus for the plot.

Such opinion exists that the left lower part and the upper right part are the “strongest” on their effect. An eye starts its movement around the picture just along a diagonal, where these “strong” focuses are located. And the first impression is the most important.

A very widespread mistake consists in paying very little attention to the frame (limits) of the picture. It is necessary for a man to have a head (it happens people cut it) and stand on the ground (or on some other surface). You have to develop a habit to quickly glance over the whole perimeter of the view finder window before pressing the button, and to check “whether everything “went in”. It is very difficult to get used to it at once.

Composition in photography is similar to composition in painting – it is missioned to emphasize beauty, uncommonness or other important peculiarities of the plot (subject). The purpose of the composition is to create a picture that will please both you and viewers, who are going to look at it. When selecting a composition solution of a picture, you ought to: draw the attention of a viewer, secondly, to hold viewers attention and ideally to awake in a viewer desire to look at your other pictures.

Whatever you would photograph, strive for meeting all these conditions.

One can draw attention with bright colors, size, unusual setting or contradictory plot. It is possible to hold the attention by an interesting plot or a sketch. Try to simplify a picture till the necessary minimum, which discloses a sense of the picture and leads a viewer to the main idea of the picture. The photograph must not embarrass or insult the feelings.

Try to make a harmonious, pleasant to eye picture, by which you would be able to stand rather long in case it is placed on the wall, for example.

One ought to know that a photo-camera sees the world only “with one eye”, that is why it is not capable to reproduce three-dimensional image. That is why a composition must provide for a feeling of depth for viewers, i.e. to be multipronged, to have the foreground, mid ground and background.